Starting with two  related questions. How often would you trust someone and leave him with a million dollars?

And have you felt the – what’s that word, angst? – of having you new car dented by that over enthusiastic kid your neighbour has getting out of his father’s thirteen year old clunker of a car, swinging the door so hard that if your car were not there, it would probably damage the hinges? But because your car was there, you now have a dented car (and ego?) and his clunker’s door will stay hinged, for now. 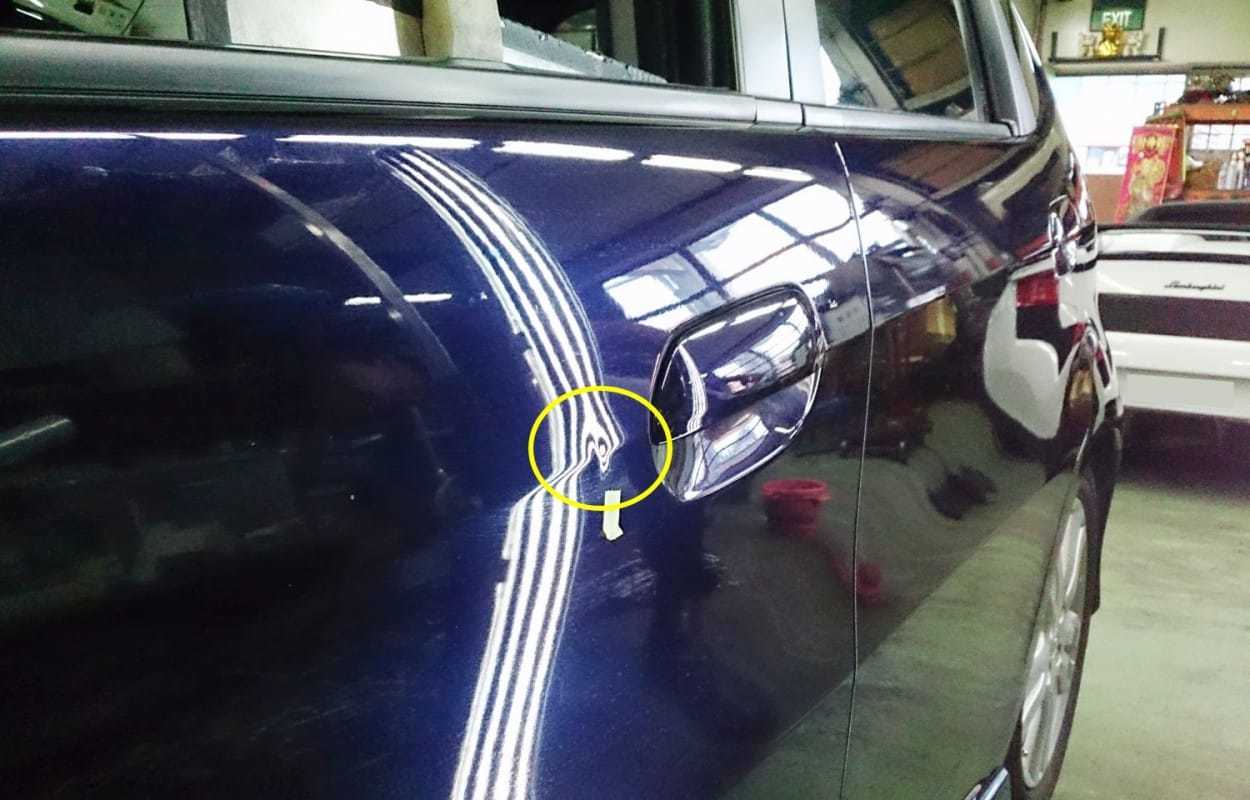 Well, mine was dented along Arab street some time ago. Parked parallel along the road and supposedly safe with no car beside, along pulls a cab whose passenger just had an argument with the driver. The rest is, well you can imagine. 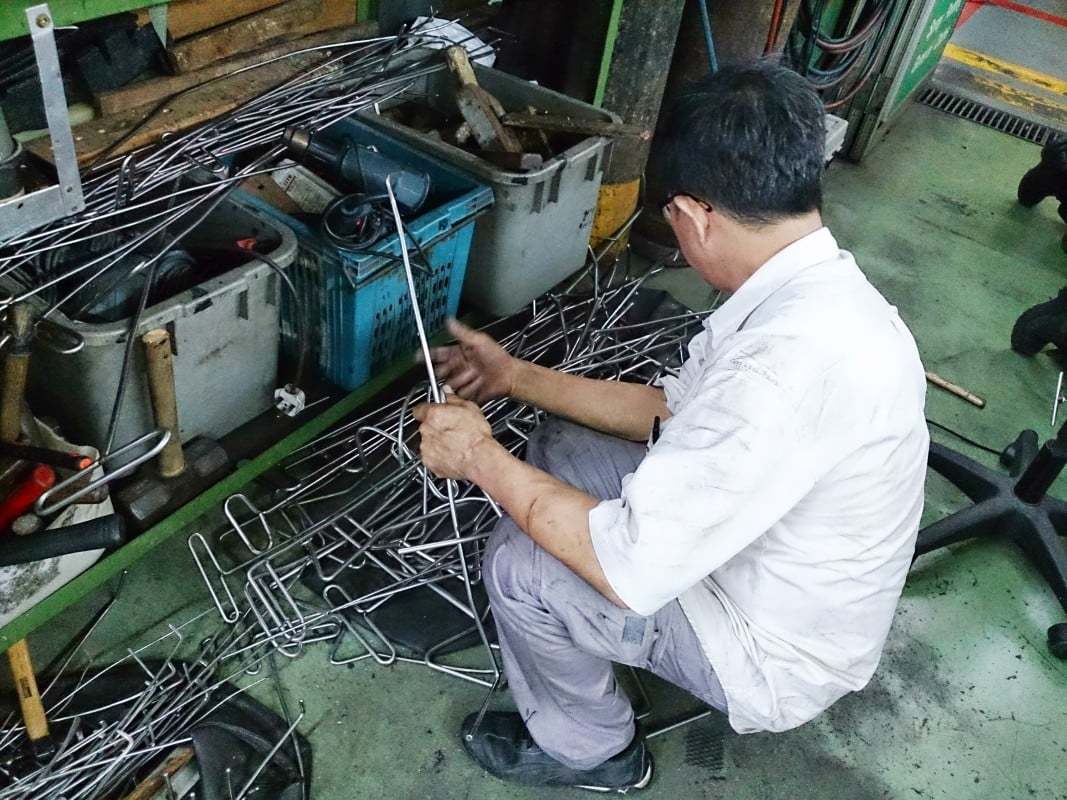 Picking out the correct implement

If there is a master of dent removal, this is the guy. He does it best and those in the know know where to head to get than precious metal massaged back into shape. Precious metal indeed, for Singapore is the most expensive place to own a car. Precious metal again because, well, peek beyond the purple car to that white, wide, low and  aggressive looking one that was behind the (much) humbler car that I was having done. 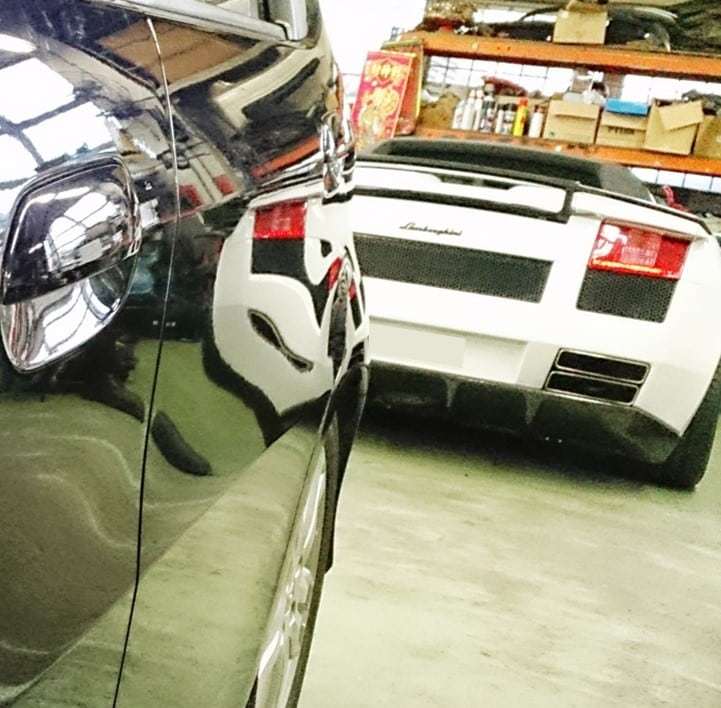 The other car behind my humble transport

Looking at the above, I think you get the picture here (no pun intended). Exotica go to this guy. He’s the best there is. Ferrari and Lamborghini, he is the preferred repair man for  body work. 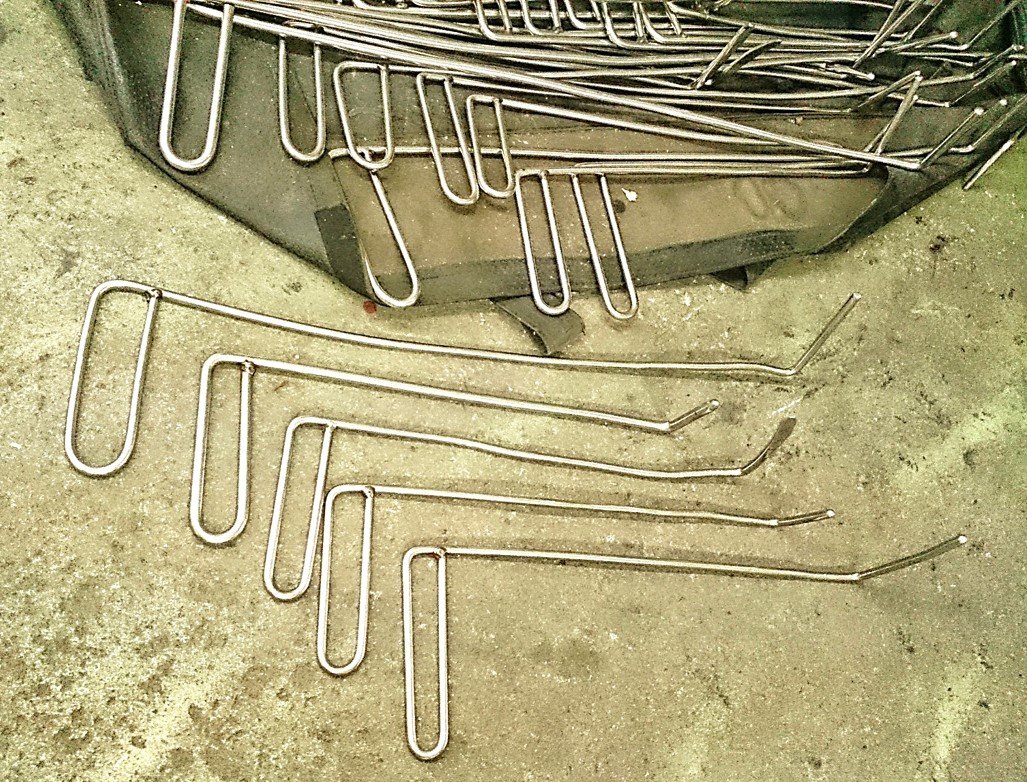 Tools of the trade

Strange tools that at first look you don’t understand, cigarette pursed between his lips, when he’s concentrating, he doesn’t speak. Just silent, smoke wafting, tapping, pushing and kneading. He does what he does, which only a master of this art knows. How does he do that? I can’t explain it here in words because I don’t (more like can’t) understand it enough. 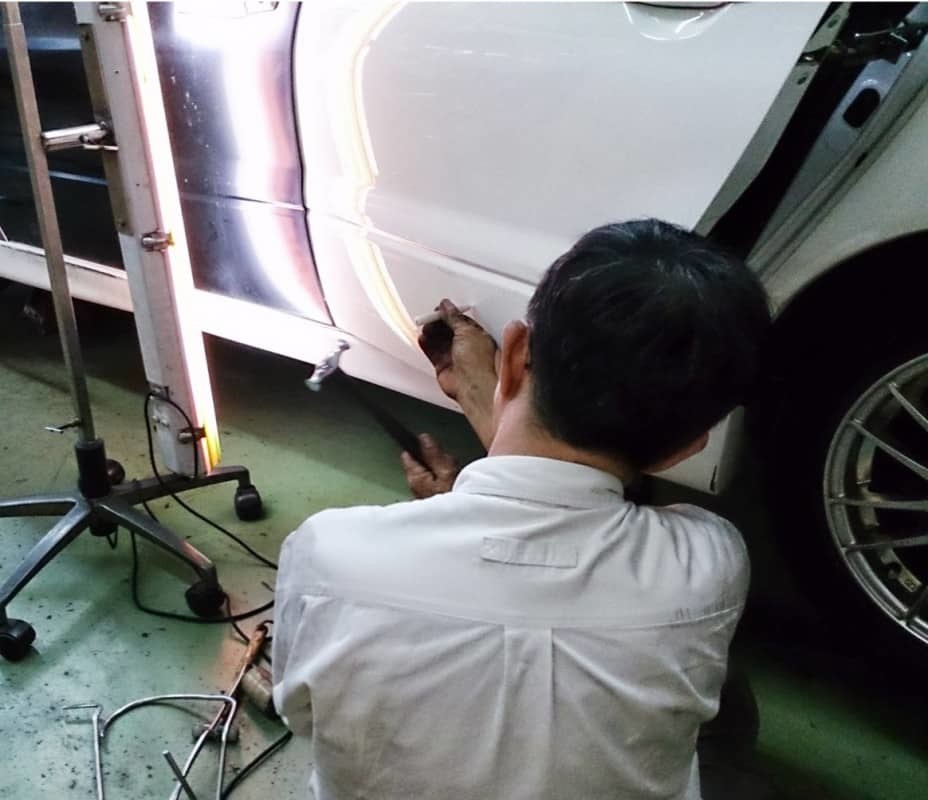 Tap tap. How does tapping from the outside help a dent? 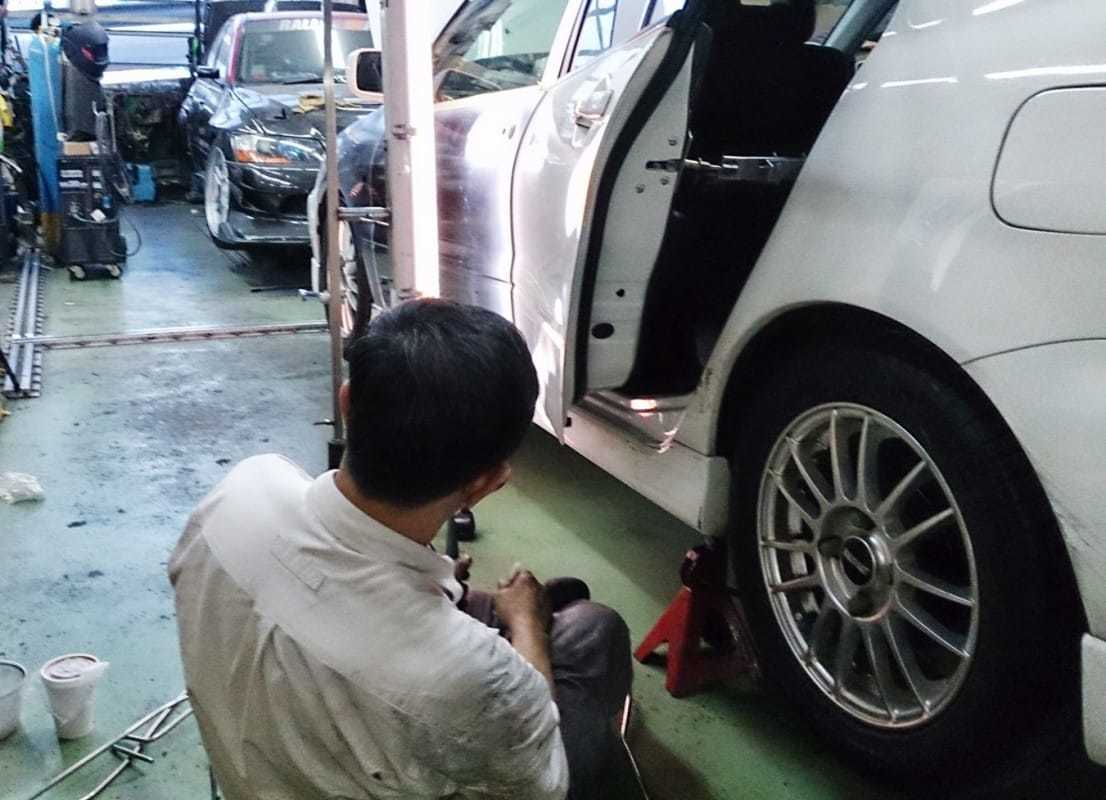 Coffee on ground part of the essential tools 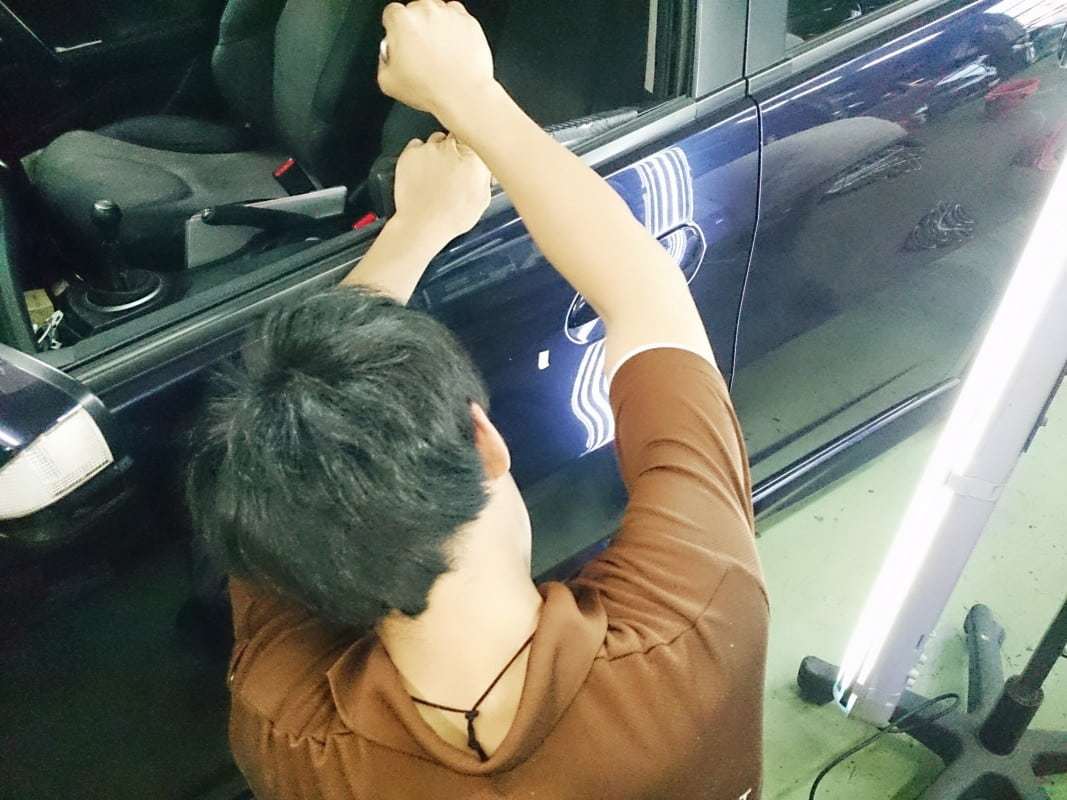 Although I didn’t have the master work on my car, his disciple was more than capable. And you never thought your door with a dent the size of a twenty cent coin would look exactly the way it was again, but then it does. 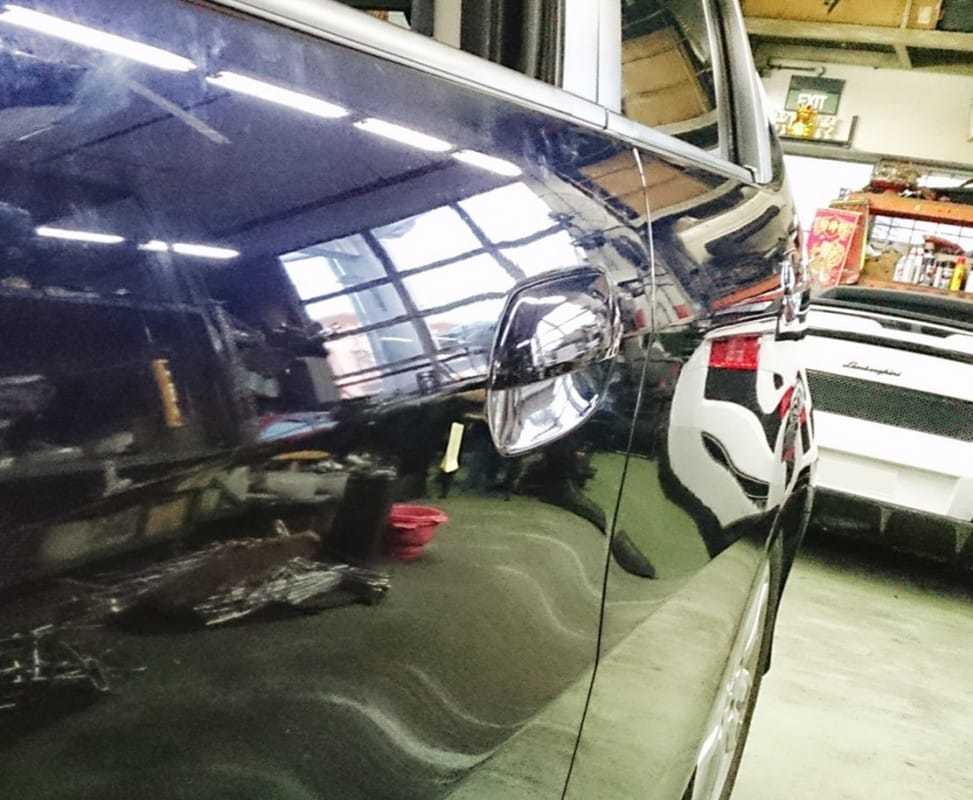 If you ever have a dent needing repair, and you want it done well, you know where to head. For me, the undisputed when it comes to this sort of work. 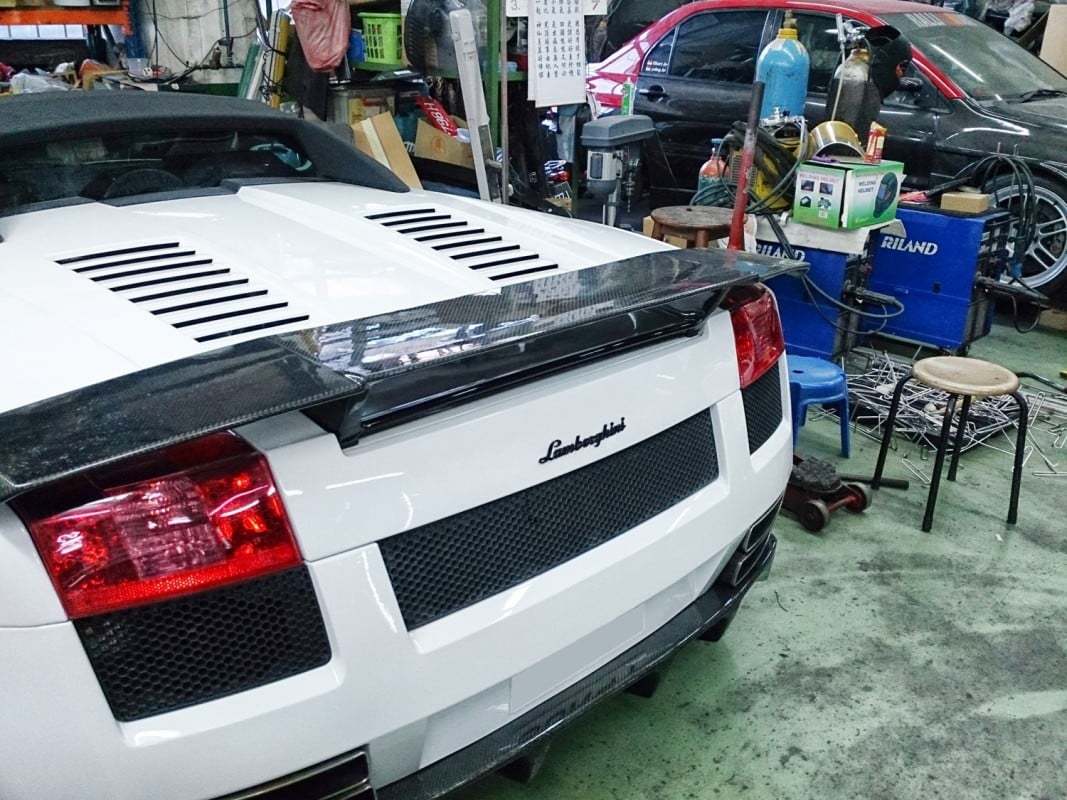 A white million dollar package left in his care, and an Evo with CF on almost all sides

Ang Mo Kio Autopoint, level four, look for Ah Lye. Tell him Robin driving that purple Honda Fit says hello and that I will be there if there should be a next dent.

Oh and by the way, if you ever have something more than a dent, he does those up too. But I pray not, safe motoring to all you out there on the roads!

2 comments on “Car Dent Repair – A Master at Work”