There are signs there that the car loan rates are headed higher.

Since almost all lenders have reduced their rates from between 2.80% and 2.88% to coincide with each other at 2.28% since some six months ago for used cars, the rate of 2.28% has remained steady across all banks we work with (save for one) up till the week of 3rd March 2014, where Maybank has increased their rates to 2.55%

Car loan rates are projected to increase. As you may already have seen, now banks such as DBS and Standard Chartered are raising the interest rates being given out to savers who deposit with them. Since they “borrow” from depositors, and their cost of borrowing (interest rates paid to savers) are going up, it follows that the car loan interest rates will also be moving in the same direction – higher.

So if you have been shopping for  a car, it may be now is a good time to jump in before the rates increase further.

Hop on over to Used Car Loans to see what the current used car rates are.

If you are shopping around for a car, used is the way to go at the moment. Why?

A friend of mine driving a Mercedes Benz A Class just commented two weeks ago that the prices of a so called “budget car”, the Toyota Corolla Altis is currently only about $8000 different from the Mercedes A Class. It makes little sense at current COE levels to shop for a “brand new budget car” – a category that one can say is not quite existent at current COE levels. 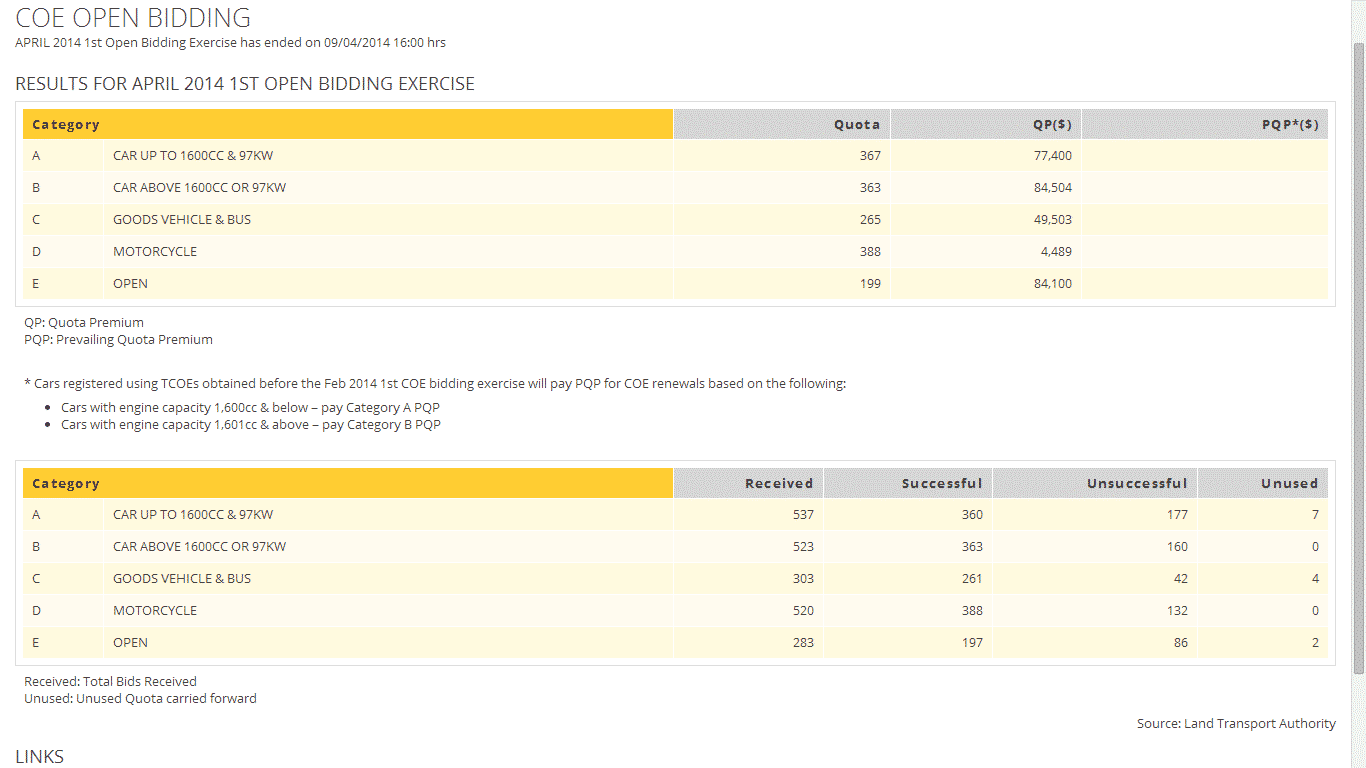